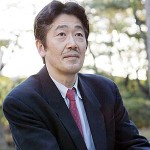 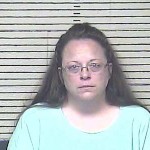 President Obama’s decision two years ago to reduce the role of nuclear weapons in U.S. military and defense policies is being challenged by Russia’s large-scale buildup of nuclear forces, along with Moscow’s revised nuclear doctrine and recent threats to use the weapons. 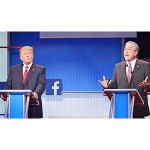 The Obama administration, top climate change crusaders and governors from across the country have engaged in a highly coordinated effort to publicly sell the president’s green agenda and put private pressure on opponents, according to newly released emails and other records obtained through Freedom of Information Act requests.

A dragon by the tail 苦境に陥っている竜

China is hurtling toward regime crisis. The Shanghai stock market roller coaster, the nervous reaction of other world markets and the frightening headlines across the world are the least of Beijing’s worries. All the bad news is, however, symptomatic of deeper concerns. 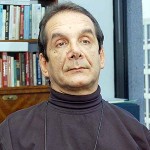 China’s leaders on the spot after economic stumbles 経済失策で中国指導部に焦点

Chinese officials say they know exactly who is to blame for a wild week that rocked global stock markets, battered the currencies of emerging markets around the globe, sent commodity prices lower and may have shaved a percentage point or two off of global GDP growth next year: anybody but China.

A federal judge in Texas has put President Obama’s deportation amnesty on hold, while another judge in the District of Columbia is poised to rule any day now on whether the House can sue to stop parts of the administration’s Obamacare spending.

An eighth undercover video released by the pro-life Center for Medical Progress shows the head of a company that supplies human blood and tissue products to researchers discussing the procurement of samples and saying “another 50 livers a week” would make her lab happy.

Lessons from an apology 謝罪からの教訓

Apologies are never easy, and apologizing in the name of a nation is hardest of all. Barack Obama still suffers, and no doubt always will, the approbation of many of his countrymen for his apology in Egypt early in his presidency, for what is still not clear, to the Islamic countries of the Middle East. A succession of Japanese prime ministers have put their hand to apologies for World War II. So how would Prime Minister Shinzo Abe’s formal speech on the 70th anniversary of the end of The Great Pacific War, as many Asians call World War II, differ from the others?

MANCHESTER, N.H. － Several of New Hampshire’s top Democratic figures are holding back their endorsements in the state’s first-in-the-nation primary, which party insiders view as another sign of mounting troubles for Hillary Rodham Clinton’s campaign.

In a development that incited more opposition in Congress to the Obama administration’s nuclear deal, the U.N. nuclear watchdog agency has given Iran the rare benefit of using its own analysts to inspect a site where it is suspected of working on atomic weapons. More than 300 of former Secretary of State Hillary Rodham Clinton’s emails － or 5.1 percent of those processed so far － have been flagged for potential secret information, the State Department reported to a federal court Monday as the political furor continued to grow for the Democratic presidential candidate and her aides.

Australia picks up slack as the U.S. Navy shrinks to 1917 levels 1917年レベルに縮小した米海軍を豪州がテコ入れか

There’s a little good news from Down Under, and it comes when the West needs good news. Prime Minister Tony Abbott of Australia is moving up by three years the work on building a fleet of advanced frigates, at a cost of nearly $12 billion, expressed in American currency. It’s part of his plan to raise defense spending to 2 percent of Australia’s gross domestic product, up from 1.8 percent. This adds $2.6 billion a year to the current $23 billion military budget.